Goodyear made a triumphant comeback to the world’s most prestigious endurance race on Sep.19, with two Goodyear partner teams finishing on the podium in the 24 Hours of Le Mans and the return of the Goodyear Blimp to a European race event.

This year’s 24 Hours of Le Mans was Goodyear’s first since its return to international motorsport, which was announced at the same event last year. Since then, the Goodyear Racing team has been preparing relentlessly for the French endurance race and working closely with all its partner teams.

Two of those teams celebrated a podium finish after a hard-fought 24 hours of flat-out racing. British squad JOTA finished second in the LMP2 class, while French outfit Panis Racing crossed the line in third. LMP2 is the only category at Le Mans with open tire competition, and with Goodyear supplying five of the 24 cars entered, having two podium finishers is testament to the product performance and durability throughout the race.

Ben Crawley, Director Motorsport EMEA, Goodyear: “We’re absolutely delighted with a double podium on our return to this incredible race. JOTA and Panis Racing both did a stellar job, and we’re proud to work so closely with them to maximize performance. We must applaud the ACO’s efforts to organize such a successful event after a difficult period. It’s great to be back.”

JOTA ran consistently at the front of the field all race long and could have been in a position to take the lead in the final stages of the race if a safety car period had lasted longer. Nevertheless, the No. 38 Oreca 07 Gibson performed superbly for 24 hours, with driving duties shared by Anthony Davidson, Antonio Felix da Costa and Roberto Gonzalez. One position further back was the Panis Racing Oreca, driven by Nico Jamin, Matthieu Vaxiviere and Julien Canal. The French trio also put in a flawless performance on home soil.

Goodyear partner team Algarve Pro Racing, with its striking black and white Goodyear livery, finished the race in a respectable eighth position. There was, however, heartbreak for the two remaining Goodyear teams which were unable to finish the race due to technical issues.

Mike McGregor, Endurance Programme Manager, Goodyear: “Congratulations to JOTA and Panis for a well-earned podium finish. Both teams were fighting strong all race long, as was Algarve Pro Racing. It’s a shame for Jackie Chan DC Racing and G-Drive Racing by Algarve, especially as the Jackie Chan DC car led the race early on, but these difficulties are what make the wins so much sweeter. The development work we’ve done directly with the teams has certainly paid off, as did the third ‘B spec’ compound that we designed specifically for Le Mans, which proved very popular and durable throughout the race.” 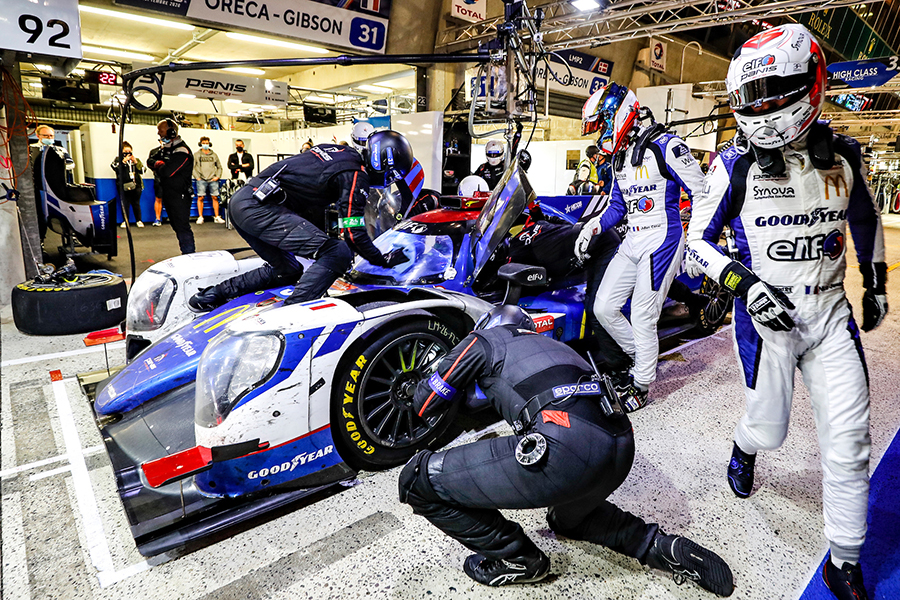 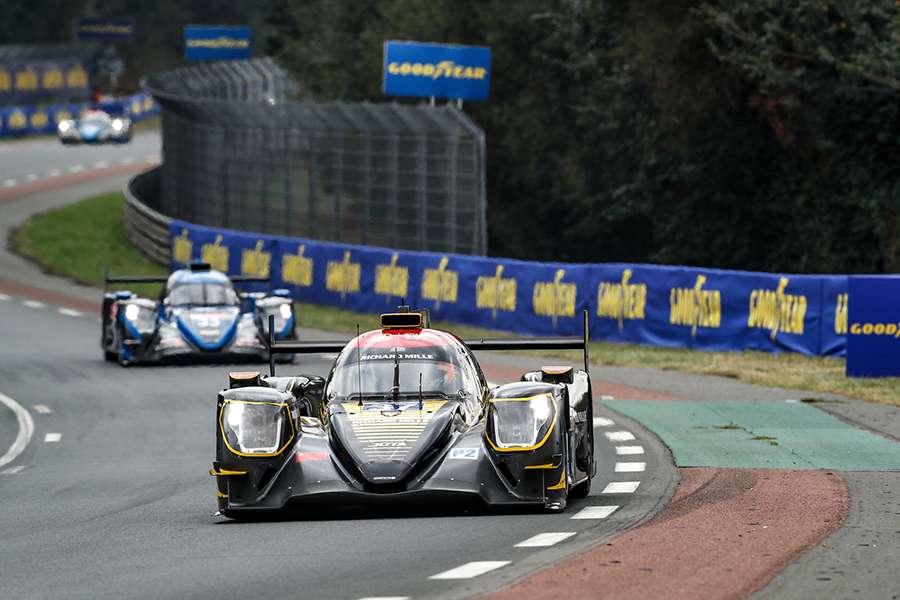 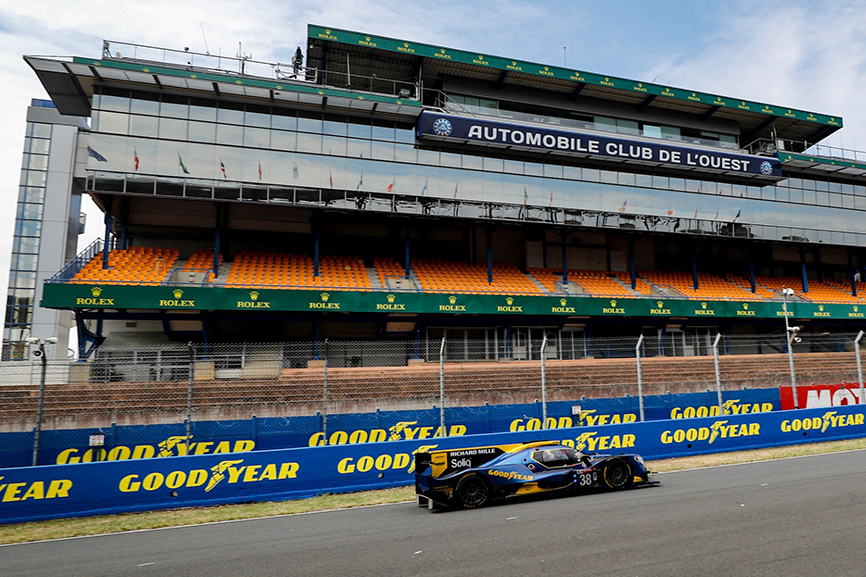 Goodyear Blimp captivates the paddock and fans around the world

Goodyear wasn’t just represented on the track at Le Mans but in the skies, too. The return of the Goodyear Blimp to Europe is a highlight of the year for Goodyear, and the famous airship proved very popular with everyone up and down the paddock.

Operating from a base 5 km away from the track, the Goodyear Blimp flew overhead for much of the race. From above the circuit, the Goodyear Blimp provided exciting passenger flights for VIP guests and media, as well as providing unique aerial footage of the event and race for worldwide TV broadcasts.

Ben Crawley adds: “Our focus this weekend wasn’t just on the track, but in the skies above it, too. The first appearance of the Goodyear Blimp at a European race event since the 1980s was a huge occasion for us all and it was a huge success. A huge thank you to the ACO for helping making it happen.” 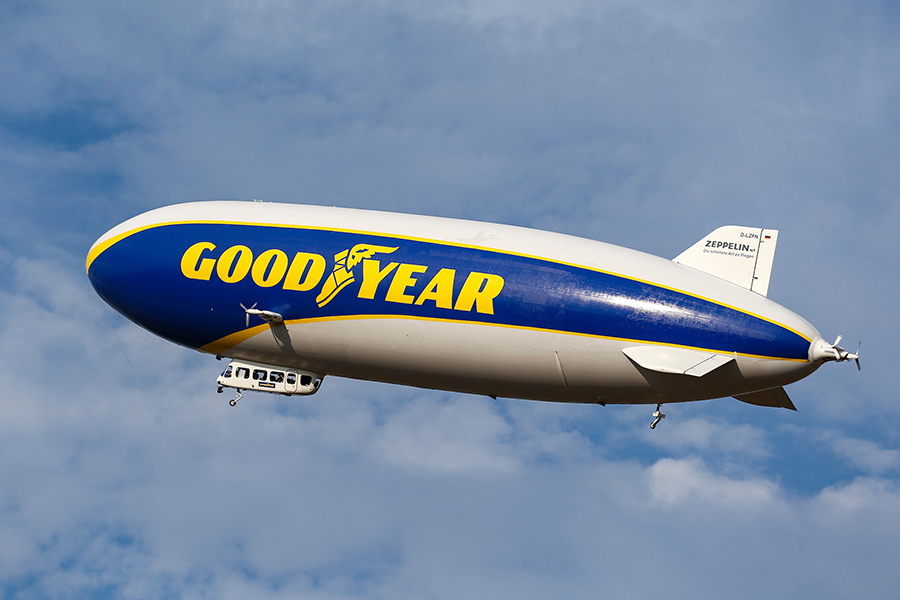 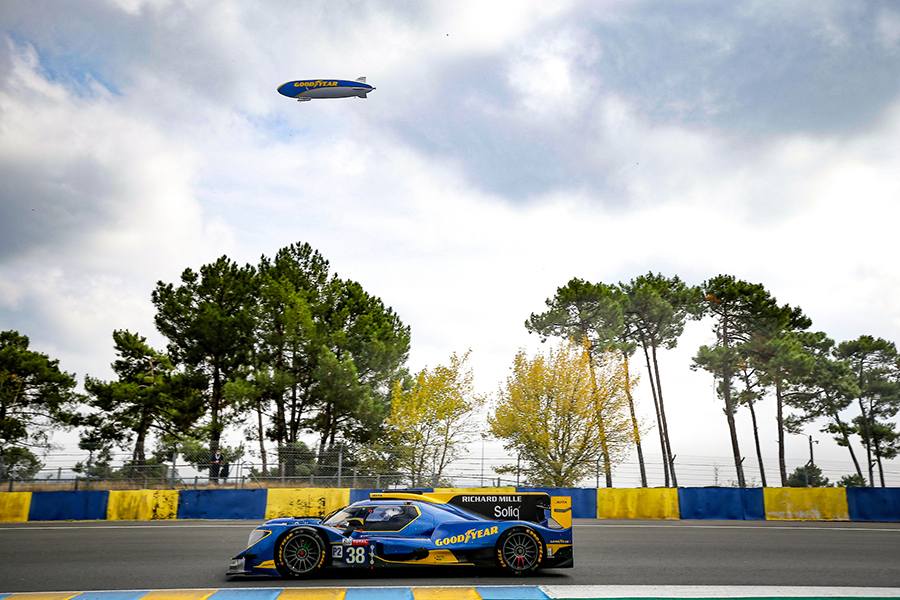 About The Goodyear Tire & Rubber Company

Goodyear is one of the world’s largest tire companies. It employs about 62,000 people and manufactures its products in 46 facilities in 21 countries around the world. Its two Innovation Centers in Akron, Ohio, and Colmar-Berg, Luxembourg, strive to develop state-of-the-art products and services that set the technology and performance standard for the industry. For more information about Goodyear and its products, go to https://www.goodyear.hk/en/